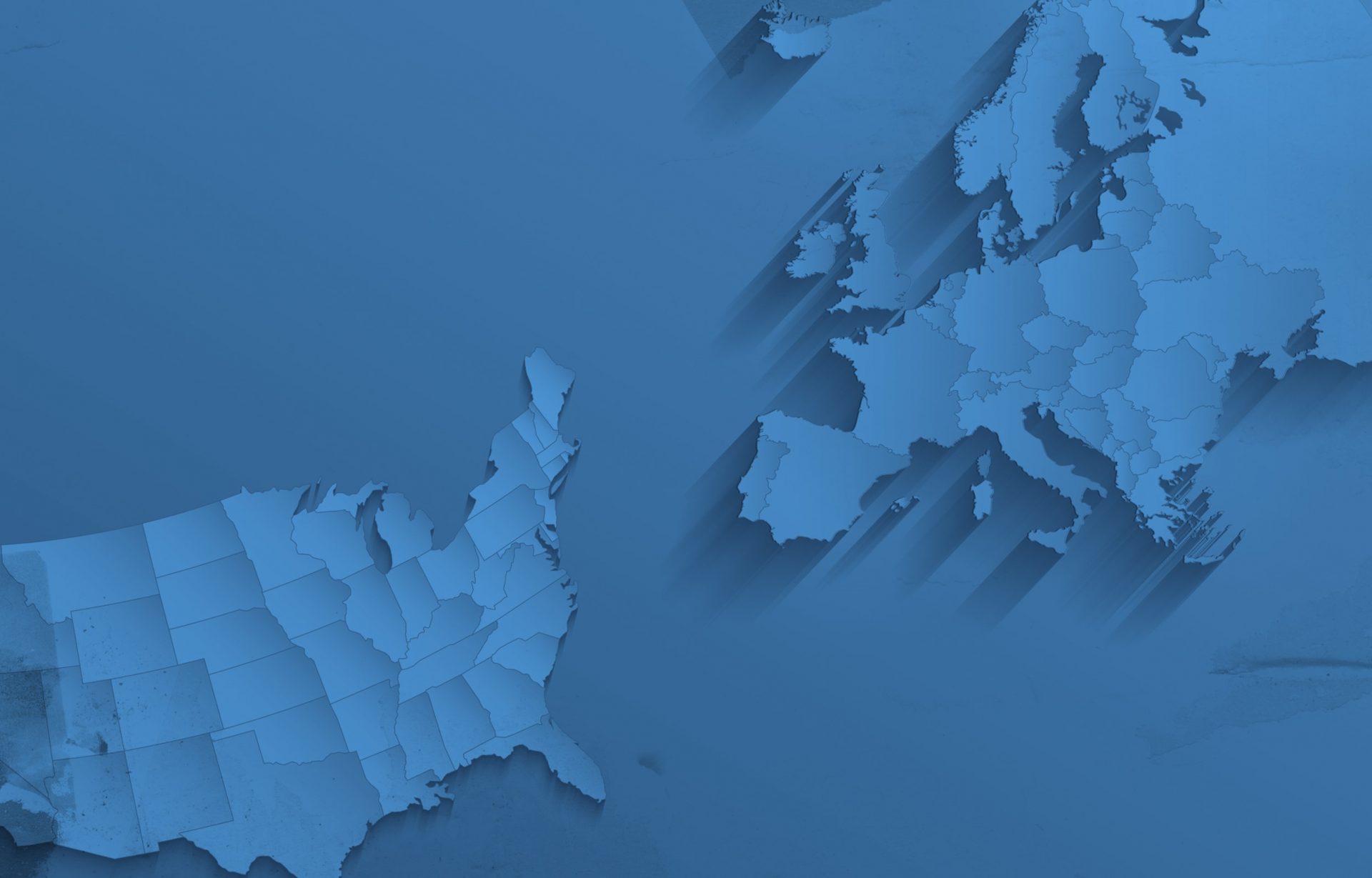 From America with Hate

For nearly the last decade, Alliance Defending Freedom International (ADFI) has been quietly fostering a transnational, rights-violating movement, including allying with groups that argue, as many white supremacists do, that declining birth rates among white Europeans and growing immigrant populations are a demographic threat to Western societies.

ADFI, the international wing of the American Christian legal powerhouse Alliance Defending Freedom (ADF), sits at the heart of a powerful international network committed to rolling back the rights of women, LGBTQ+ people, and others under the banners of “protecting the family” and “religious liberty.” The crux of this is that ADF, under the name of ADFI, is exporting across the globe the strategies and tactics that it has successfully employed for years in the United States to roll back civil and human rights.

Launched in 1994 by 35 Christian Right leaders, ADF has worked for decades to undermine the rights of women and the LGBTQ+ community. It has pushed to eliminate access to contraception and abortion, advocated for the criminalization of sexual acts among consenting LGBTQ+ adults in the U.S. and abroad, pushed conspiracies about a “homosexual agenda” destroying societies, falsely argued that LGBTQ+ people are more likely to be pedophiles, worked to deny rights to transgender people, developed model legislation to allow the denial of goods and services to LGBTQ+ people under the guise of “religious freedom,” and lobbied for the appointment of judges to uphold its agenda. Its CEO, Michael P. Farris, an ally of former President Trump, was also instrumental in crafting an effort to overturn the American 2020 presidential election.

Due to its statements and activities, ADF has been listed as an anti-LGBTQ+ hate group by the Southern Poverty Law Center since 2017. The group has also been known to work with other organizations with bigoted agendas, whether anti-immigrant, anti-Muslim or anti-LGBTQ+.

Excellent reporting by openDemocracy and the European Parliamentary Forum on Population and Development, among others, has exposed ADFI’s activities. But because of its behind-the-scenes approach, ADFI and the allies it has cultivated and strengthened often escape appropriate scrutiny even as their work continues to harm people around the world. ADF has powerful allies in the United States, including
former Vice President Mike Pence and former Attorney General Jeff Sessions, among many others. During the Trump administration, ADF
was a key player in the effort to attack and remove protections for LGBTQ+ people and to restrict reproductive freedom.

It has also built similar powerful alliances with far-right actors in other parts of the world. By exporting tactics and strategies honed and perfected over decades by evangelical leaders and litigators in the United States and by collaborating with far-right political movements, both American and European, ADFI has quietly engineered an attack on equal rights for women and LGBTQ+ people that has found success in parts of Eastern Europe, among others. The evidence shows ADFI’s negative impact on the rights of Eastern Europeans and reveals how it is powered from the U.S.

ADFI is a poisonous American export. It has helped empower far-right political parties like Law & Justice, or PiS, in Poland and Viktor Orbán’s Fidesz in Hungary, whose autocratic encroachments are sanctioned by American hard-right evangelicals. In Poland, it has supported an ultra-religious legal group that rubs shoulders with nationalistic political elements known to have regularly attended the annual Independence Day March, a hotbed of white supremacist activism. Revealing the extent of its influence, ADFI is listed as a foreign NGO “supportive of human rights” on the Polish Ministry of Justice’s website.

In other parts of Europe, ADFI has been less successful. But one of its enduring strengths is its understanding and willingness to play a long game, as it has in the U.S., and will continue to push its agenda fulsomely. After all, ADF has tried for decades to overturn Roe v. Wade, and now, a case before the American Supreme Court may lead to the elimination of abortion rights in the U.S. ADFI, using the blueprint from its U.S. parent organization, employs five basic strategies: 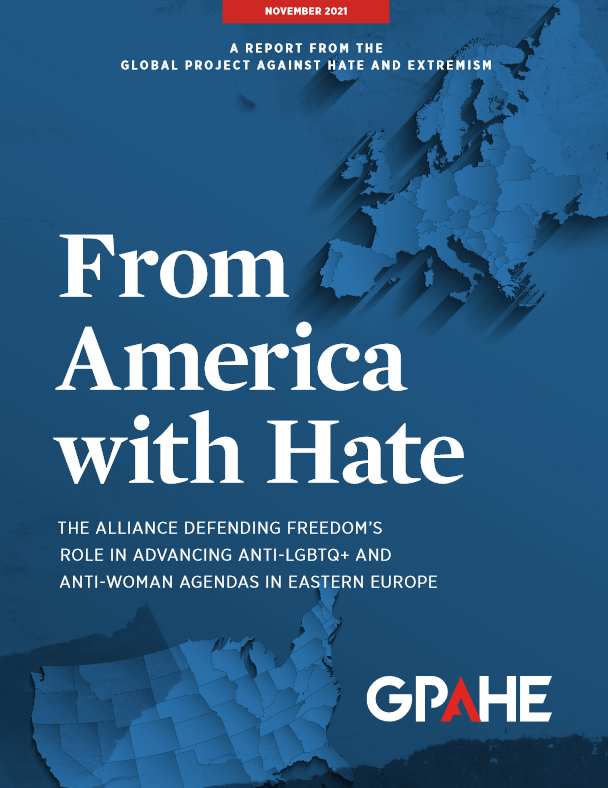 Using the above strategies and funding mechanisms, ADFI works steadily to turn back the rights of women and LGBTQ+ people. This report will show how, behind ADFI’s pro-family facade, it advocates beliefs that are in line with the rights-violating agenda that drives far-right evangelical groups in the United States. Just as ADF and those groups seek to litigate away people’s rights, as seen most recently with the passage of the restrictive Texas abortion law, so does ADFI in Europe. In doing so, it not only provides support to populist, far-right political forces, but also makes life harder, often dangerous, for women and LGBTQ+ populations in the region. This rollback of rights has resulted in women being forced to move abroad, LGBTQ+ people experiencing an increase in mental health issues, being run out of their communities, and activists being targeted by law enforcement and receiving bomb and death threats.

ADFI’s agenda is a threat to human rights and inclusive societies. It is not a group that should carry trusted status at the UN, the EU, or any other body devoted to fostering democracies and protecting all members of society.

Stay updated on the spread of global hate and extremism and our efforts to combat it by supporting multicultural societies and democracies.

JOIN US IN MAKING A DIFFERENCE

You can unsubscribe at any time. 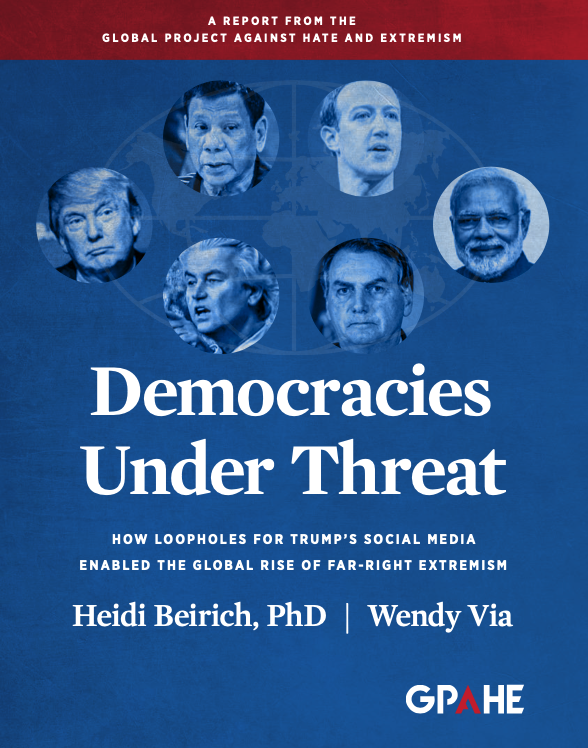 The decision by multiple social media platforms to suspend or remove ex-American President Donald Trump after he incited a violent mob to invade the U.S. Capitol on January 6, 2021, was too little, too late.

Even so, the deplatforming was important and it should become the standard for other political leaders and political parties around the world that have engaged in hate speech, disinformation, conspiracy-mongering and generally spreading extremist material that results in real world damage to democracies.