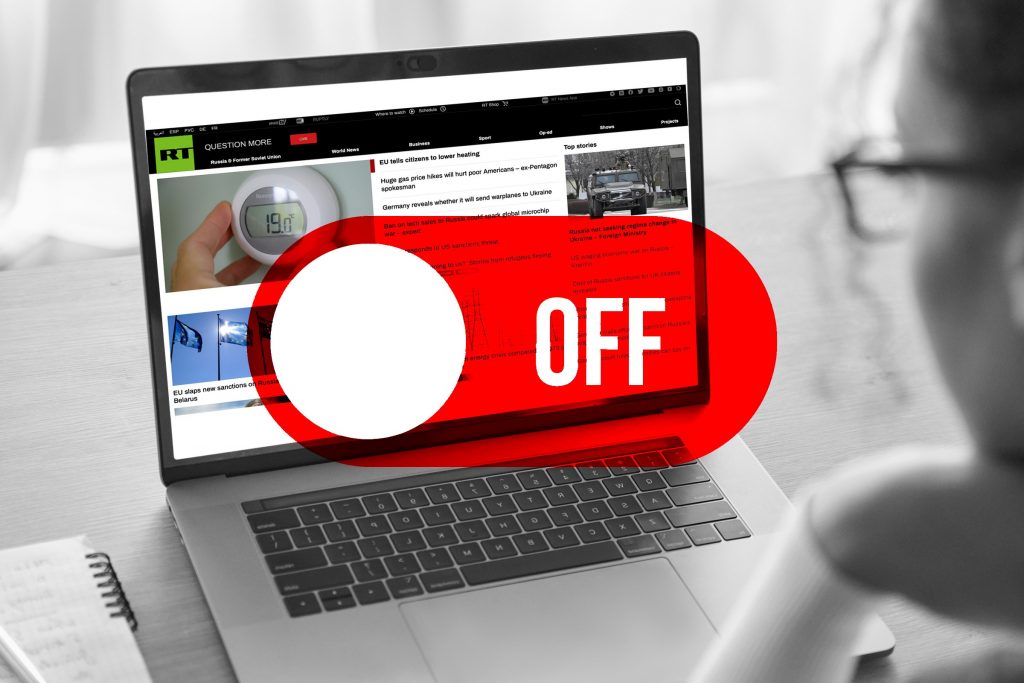 Update, March 11, 2022: following pressure from civil rights advocates, YouTube announced that it will end ties with RT and Sputnik immediately.

The list of companies that have stopped doing business with Russia is growing everyday. YouTube isn’t one of them.

Instead, YouTube is allowing Russian-funded and directed media outlets Russia Today (RT) and Sputnik to spread dangerous lies justifying President Vladimir Putin’s invasion of Ukraine. Even worse, while YouTube is looking the other way as the lies reach millions of people across the globe, it’s profiting.

Together with the Change the Terms — a coalition made up of nearly 60 advocacy organizations working to reduce online harms — we have written a letter to YouTube CEO Susan Wojcicki asking her to cut all ties with RT and Sputnik.

If YouTube doesn’t take immediate action, it will continue to be complicit in the Russian invasion of Ukraine by allowing for the spread of dangerous disinformation. These channels should come down in the U.S. and across the globe in all languages, as they have in the European Union.

It’s past time for YouTube to do the right thing.