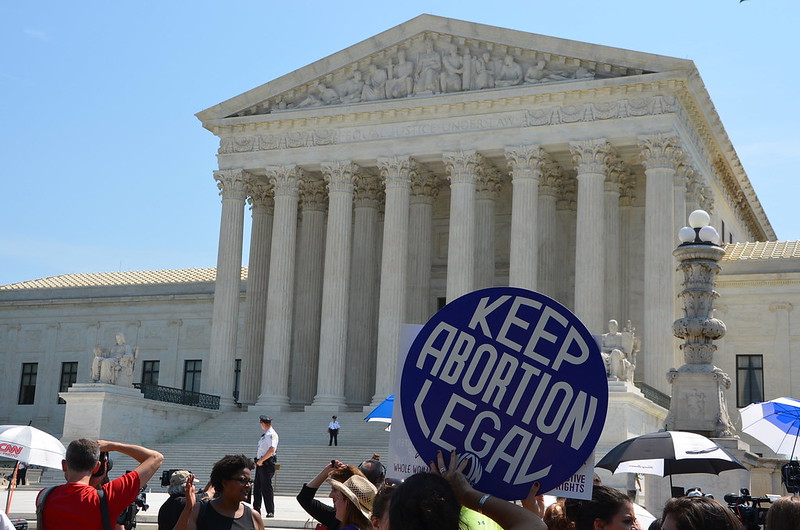 This devastating draft opinion for reproductive freedom should be a wakeup call to those who want to stop the rights-restricting agenda of the far-right, which has completed one of its years-long marches by capturing the Supreme Court.

The draft opinion notes that Roe must be overruled because the Constitution makes no reference to abortion. This implication is a frightening prospect for the many other rights and freedoms that the far-right wants to restrict, including LGBTQ equality and progress that we’ve made in this country toward racial equality. The rights and freedoms of Americans in the 21st Century must not be “deeply rooted in this Nation’s history and tradition,” as the draft opinion argues. Such thinking could halt the progress we’ve made to overcome racism, misogyny, and other forms of hatred and discrimination that are deeply rooted in our nation’s history and tradition. We still have work to do in this country to root out hate and extremism, but if this is the final opinion of the Supreme Court on this issue, it leads us in the wrong direction — backwards.

Furthermore, we need to face and confront the reality that the American far-right is a well-funded network that is completely committed to its agenda and never wavers from its goals, even having success in exporting this rights-restricting agenda to other countries. If we, those who want to advance rights and equity, don’t counter these movements in kind, many other challenges we face—such as climate change and threats to voting and our democracy—will also become greater. This opinion reminds us that the far-right is an existential threat to those who value diverse, inclusive, rights-expanding democracies. It needs to be treated as such.

Previous Post
The Landscape of Cross-Border Ideologically Motivated Extremist Movements in Canada and the United States
Next Post
Will Musk Bring Hate Back to Twitter?
Close