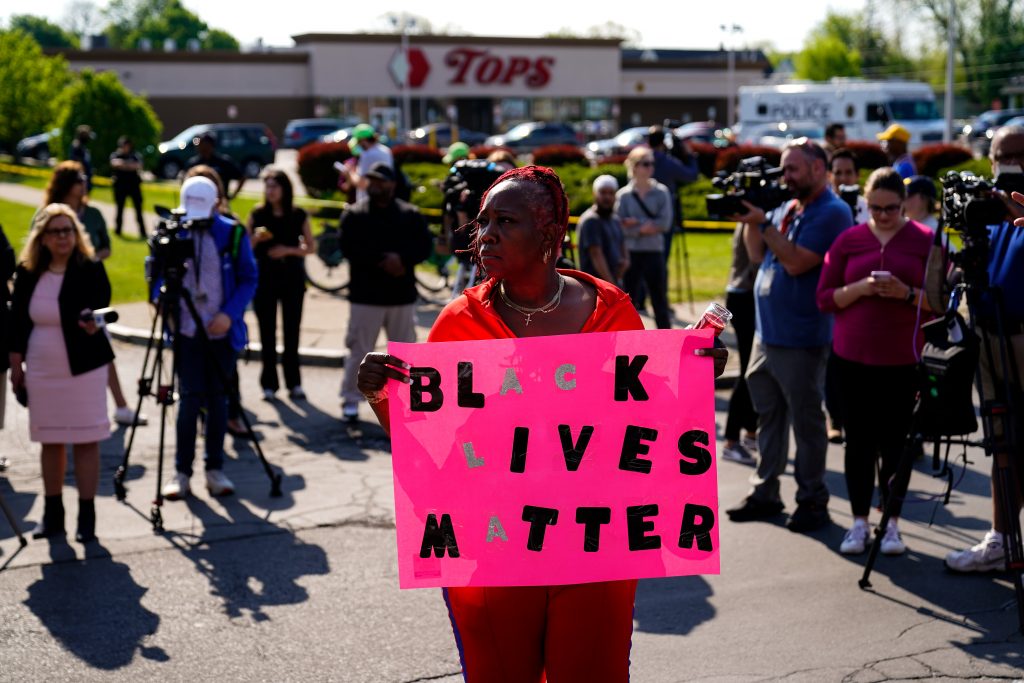 Our Response to the Racist Buffalo Murders

Sadly, we are once again grieving the loss of life due to violent white supremacy.  We’re keeping the families of the 10 people who were needlessly killed and those who were injured in our thoughts, as we know that you are.

But keeping the victims’ families and the community in our thoughts is not nearly enough for them — or for any of us. And it hasn’t been close to enough over these last years while hundreds across the world have been killed due to the virulently racist and antisemitic “Great Replacement” conspiracy theory and the other white supremacist ideas that inspired the Buffalo shooter.

Today we published a resource page on the “Great Replacement” conspiracy theory providing a clear history of the term, the violence it has inspired, the politically powerful who are pushing it through speeches and social media, and the role of tech companies. This is a work in progress that we’re publishing early to address the urgency of the situation. It will be updated regularly and we’ll keep you posted.

We’ve reviewed the18-year-old’s alleged “manifesto” and know that he did not come to believe the lies that immigrants are “invading” the places where white people live, changing society and taking their votes, that Black people commit more crime against white people, and that white women need to have more babies, in a vacuum. He absorbed an obvious white supremacy ideology that has been around for years.

The shooter readily admits in his writings that he got his information from the Internet, easily available on websites, social media, and the dark web. He references the Christchurch shooter who killed 51, and Dylan Roof who killed nine Black parishioners in Charleston, and cites reams of clearly racist “data” that supposedly ‘proves’ that Black and Brown people are inferior to white people and a danger to our society. He includes wildly antisemitic material cut and pasted from the web.

The “Great Replacement” conspiracy theory is perhaps the most dangerous ideology currently circulating and clear action to stop the radicalization of young people online, prohibit the spread of hate speech and disinformation online, and curb the spread of white supremacist conspiracy theories by mainstream politicians and pundits is required.

With your support, GPAHE is also taking the following actions:

We must wake up to the rabid attacks on Black, Brown, Muslim, Jewish, and LGBTQ people and other marginalized communities — both on their persons and in the legislative policies like restrictive voting laws that undermine our democracy. And of course, we must implement some sensible gun control measures.

Our hearts go out the families in Buffalo and all those impacted by white supremacist violence. And we are determined, with your support, to continue to impact the spread of violent white supremacy.

YouTube is a superspreader of the “Great Replacement” conspiracy theory
June 23, 2022