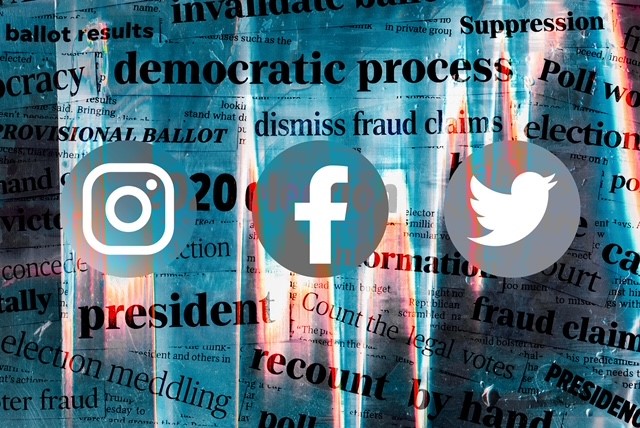 Midterm elections are only 6 months away. To protect democracy, big tech must hold politicians to the same standards as everyone else

The fallout from the 2020 elections was a disaster for our democracy, one that was facilitated by tech companies allowing conspiracy theories like “Stop the Steal,” election disinformation, and hate speech to spread online until it was too late. It took a violent insurrection for tech companies to finally act, and even then they didn’t do enough.

Now, six months out from the midterms, tech companies must announce the steps they’re going to take to protect our democracy and the upcoming elections.

One critical  step they must take is to rigorously apply their existing content rules to the politically powerful and stop them from using the platforms to spread demonizing language, hate speech, and racist conspiracies like “Great Replacement” and Qanon. As it stands, instead of punishing or deplatforming violative content, the companies have specifically said that they allow violative content from the politically powerful if they determine it’s in the  “public interest” or “newsworthy.” That’s why former President Donald Trump’s hate speech and lies about the election, spread by his millions of followers online, were able to motivate real world violence.

The bar for politicians’ and powerful users’ online content is simply set too low, lower than for the average user. With elections upon us again, we can’t wait for another violent insurrection to occur before the social media companies protect us from lies that have already had a detrimental effect on our democracy.

Donald Trump’s deplatforming is a lesson on why this must happen now. Trump’s tweets about the “Chinese Virus” during the pandemic fueled were linked to a rise in anti-Asian hate crimes, and his anti-Muslim tweets linked to hate crimes. His endorsement of the replacement conspiracy theory on Twitter, saying “the U.S. is ill-prepared for this invasion, and will not stand for it!” was echoed by the El Paso shooter.

When Trump was deplatformed from Twitter, it had a profound effect. His hateful posts stopped, and misinformation around the 2020 election on several social media sites fell 73%. This wasn’t only because Trump was no longer active. His millions of followers also disengaged from spreading harmful content.

Our nation is in a perpetual state of grief, most recently over the mass murder of children in Uvalde and the racist murders in Buffalo. Buffalo is just the latest in a long string of horrifying mass attacks on people of color, Muslims, and Jews, inspired by the racist “Great Replacement” conspiracy theory.

And yet, right now, dozens of politicians are exploiting the tech companies’ political exemptions by spreading Great Replacement hate to build their base. U.S. Rep. Michael Cloud (R-TX) tweeted that the Biden administration is “complicit in this continued invasion.” Rep. Matt Gaetz (R-FL) tweeted there is a “cultural genocide going on in American right now.” There are far too many examples of the politically powerful being given a pass on what they post online.

Holding the politically powerful to the same standards as the rest of us includes fact-checking their ads. These ads play a significant role in spreading disinformation, undermining our democracy, and even inciting violence. Congressional candidate Katie Arrington (R-SC) has been running Facebook ads falsely claiming that there was “ballot harvesting” in the 2020 election and that it was “stolen,” and Elise Stefanik (R-NY) ran a Facebook ad declaring that “[Democrats’] plan to grant amnesty to 11 MILLION illegal immigrants will overthrow our current electorate.” Twitter generally bans political advertisements, but YouTube allows ads that are “compliant with all other Google Ad policies and local laws and regulations” and Facebook has a very specific policy which reads “speech from politicians and opinion is not eligible to be fact-checked.”

Allowing political leaders and other influential people to spread dangerous speech and disinformation is undermining our democracy.

Former President Barack Obama recently tweeted, “We need to repudiate in the strongest terms the politicians and media figures who — whether for political gain or to boost ratings — have used their platforms to promote and normalize ‘replacement theory’ and other starkly racist, anti-Semitic, and nativist conspiracy theories.”

We couldn’t agree more. Social media companies can, and must, end political and influential exemptions today.

Heidi Beirich and Wendy Via are co-founders of the Global Project Against Hate and Extremism (GPAHE), a nonprofit whose mission is to strengthen and educate a diverse global community committed to exposing and countering racism, bigotry and prejudice; and to promote the human rights values that support flourishing, inclusive societies and democracies.