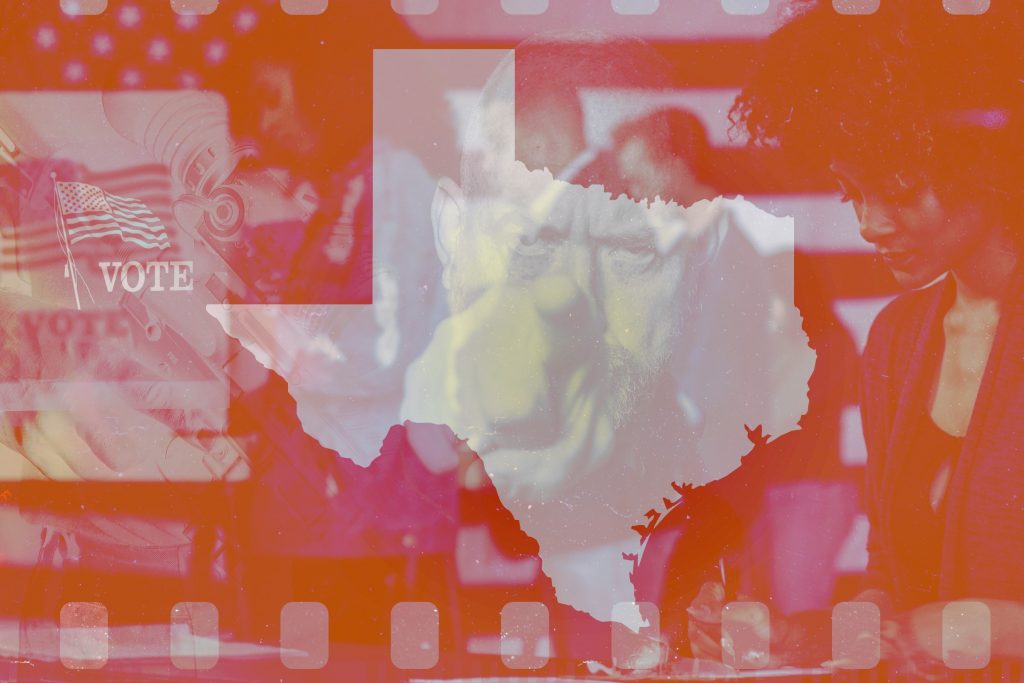 On Wednesday, the Global Project Against Hate and Extremism (GPAHE) released American Democracy Under Threat: Battleground Texas, which includes an overview of the Texas landscape and a list of nine Texas-based far-right groups actively working to undermine trust in the electoral system and/or actively working to suppress or intimidate voters while often pushing rights-restricting agendas.

The Texas report is part of a six-state series that GPAHE is releasing to help bring awareness to how widespread and coordinated the efforts are in battleground states by various far-right factions, from election deniers to white supremacist groups like the Proud Boys, who are attempting to destabilize or disrupt the 2022 and 2024 elections. The reports cover the far-right groups and individuals involved and how they are using Trump’s “Big Lie” and other lies about voter fraud to spread fear and intimidation. It also connects these efforts with known violent groups like the Proud Boys, and other strategies being engaged in to gain control over elections.

In Texas, there is a significant effort among the far-right to push election denialism to spread fear and anger under the euphemism “election integrity.” The groups, ranging from the white supremacist Proud Boys to the well-known conservative group True the Vote, to the recently formed Texas Election Network, often work together with officials, supporters, and right-wing GOP party factions.

“What we’re seeing from the far-right is frightening on both an individual and societal level,” said Heidi Beirich, co-founder of GPAHE. “We’ve seen numerous examples of how these lies and intimidation efforts are threatening election workers and candidates and harassing and scaring voters. These efforts are actively undermining our democracy on multiple levels in a way we’ve never seen.”

Adding to the anti-democracy trend, a number of the groups profiled also push rights-restricting and racist agendas, including anti-abortion and anti-LGBTQ+ policies and the suppression of teaching about slavery and white supremacy in the U.S.

“What’s really scary is that many people believe the lies about voter fraud even though research shows it doesn’t exist on any significant level, and the far-right is using that to its advantage to further sow seeds of distrust and anger to grow its movement,” said Wendy Via, co-founder of GPAHE. “The far-right isn’t going to stop, but political leaders, the media, and tech companies must do everything they can to counter this disinformation before the election.”

This volatile and dangerous environment is frightening voters. A July survey by GPAHE found that only 41 percent of Americans feel safe at their polling place.