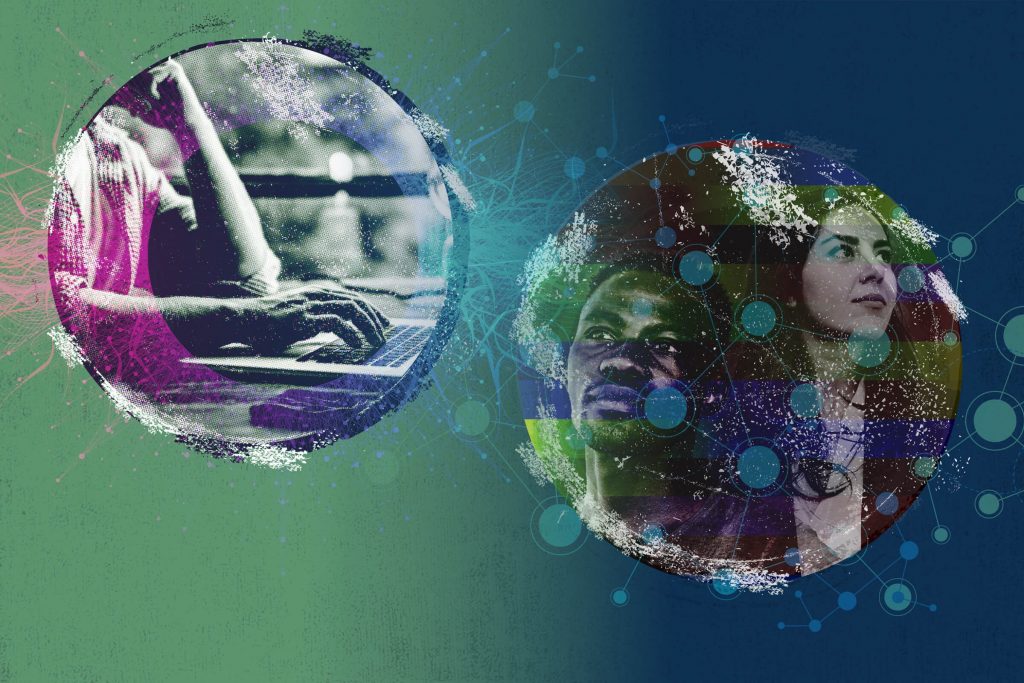 Two reports released today from the Global Project Against Hate and Extremism expose how tech companies have failed to deplatform anti-LGBTQ+ conversion therapy disinformation and ban providers pushing the discredited practice, even though many claim to do so. Conversion therapy has been condemned by dozens of medical and psychological professional organizations, banned in numerous countries, states, and cities, and has been called “torture” and an “egregious violation of rights” by the UN.

The new GPAHE reports show that, despite the well-documented physical and mental harms to LGBTQ+ people, conversion therapy organizations and related anti-LGBTQ+ materials and conspiracy theories are distressingly easy to find online on multiple platforms through simple searches. Languages other than English return less authoritative material.

“Tech companies say they have taken steps to ban harmful content related to conversion therapy, but they have to do more, especially in non-English languages,” said Wendy Via, president and co-founder of Global Project Against Hate and Extremism and co-author of the report. “Until online searches lead people to only authoritative information about the dangers of conversion therapy, tech companies are complicit in spreading anti-LGBTQ+ hate and disinformation that causes mental and physical harm for individuals, and furthers societal harm.”

GPAHE’s first report, Conversion Therapy Online: The Ecosystem, finds that the internet is filled with disinformation, especially in languages other than English. The research was conducted in English and Spanish in the U.S., English in Ireland and Australia, German in Germany, Spanish in Colombia, and English and Swahili in Kenya.

The exact findings by search term, language, and country varied considerably, as detailed in the report, but general patterns emerged.

The reports document how, in response to the global push for conversion therapy bans, conversion therapy proponents and providers are moving aggressively to challenge these bans and LGBTQ+ rights, and strategically rebrand themselves and their services with terms like “reintegrative therapy” and “unwanted same-sex attraction.” That rebranding has been successful online: as search results show, the terms “reintegrative therapy,” which claims that sexuality change is not the goal – but the happy result – of trauma treatment, and “same-sex attraction,” which supposes being LGBTQ+ is a curable condition, lead almost exclusively to unauthoritative and harmful disinformation. Other proponents hide behind a so-called religious imperative or under the guise of protecting children.

“Too much harmful misinformation is slipping through, especially in non-English languages” said Via.  “And as conversion therapy providers constantly rebrand their malicious efforts and introduce new terms, tech companies need to keep up to protect their users.”

GPAHE’s second report, Conversion Therapy Online: The Players, profiles 25 conversion therapy providers around the world, many of which have a sophisticated and extensive online presence, driving individuals to websites that condemn being LGBTQ+ and where “therapy” is offered. (This is not a comprehensive list of all conversion therapy providers, but instead details those most often surfaced through the course of GPAHE’s online research.) GPAHE hopes that the report will help tech platforms flag or ban harmful material and serve as an additional authoritative resource for those who search for these organizations or conversion therapy information in general.

The report shows how the organizations are interconnected and are essentially composed of three major networks. The first is organized around the Alliance for Therapeutic Choice and Scientific Integrity and Joseph Nicolosi, Sr. This network is largely made up of American practitioners, though they practice their “therapy” in other countries and collaborate abroad. The second network is primarily European and centered around the Northern Ireland organization, Core Issues Trust, which has several partners in the UK and throughout Europe. The third network is connected to Exodus Global Alliance, which has allies around the world and offices in the U.S., Mexico, and Brazil.

“We hope these reports help tech companies clean up their platforms when it comes to anti-LGBTQ+ conversion therapy material,” said Heidi Beirich, report co-author and co-founder of GPAHE. “Getting rid of this harmful material online is an important step toward creating a society where LGBTQ+ people are accepted and loved and nobody feels like they want or need to change who they are,” said Beirich. “No more hate. That’s the overall goal.”

To protect their users, tech companies must:

GPAHE has sent the report to all of the tech companies and will follow up with each company over the coming months. The tech companies must take appropriate steps to protect their users, especially teenagers and young people, from health disinformation, hate speech, and conspiracy theories, as they have pledged to do.