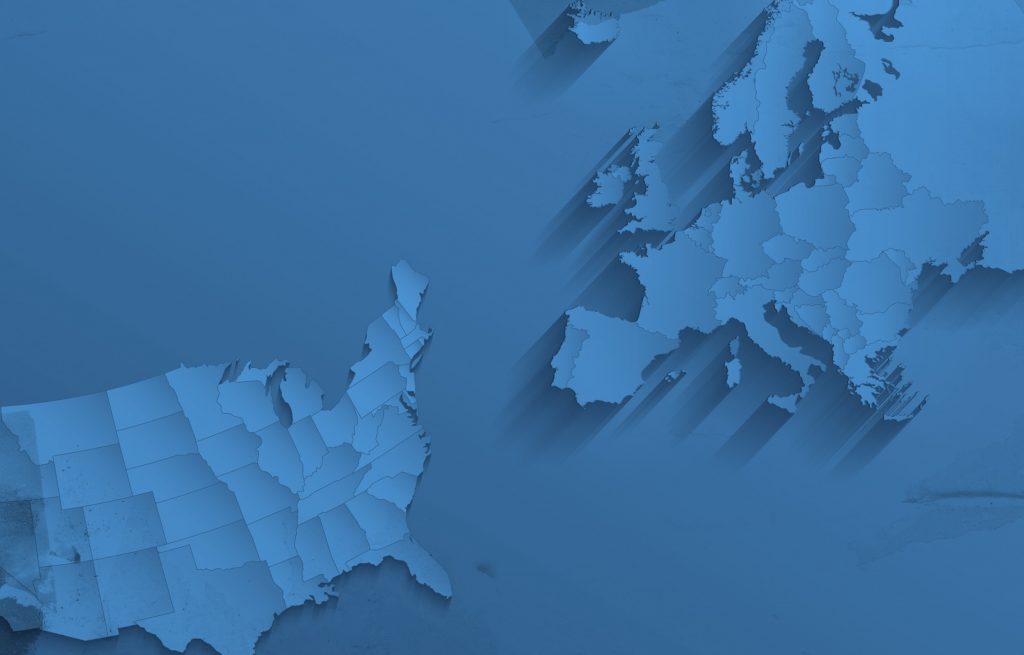 A new report released today from the Global Project Against Hate and Extremism documents how the anti-LGBTQ+ group Alliance Defending Freedom (ADF) pushes its anti-LGBTQ+, anti-women, and anti-abortion agenda in Eastern Europe, in part by building alliances with far-right groups and political leaders, some of whom also push white supremacist ideas to their followers. 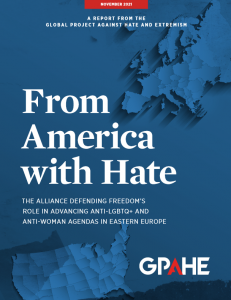 The report, From America With Hate: The Alliance Defending Freedom’s Role in Advancing anti-LGBTQ+ and anti-Woman Agendas in Eastern Europe, describes and provides examples of the strategies ADF and its international arm Alliance Defending Freedom International (ADFI) use to roll back civil and human rights under the guise of “religious liberty” and “protecting the family” in Eastern Europe.

In addition to collaborating with far-right groups to build a stronger network to push its hateful agenda, ADFI has obtained consultative status at the United Nations Human Rights Council and Organization of American States and official status at EU, even though its agenda does not comport with the stated values of those bodies. It is also listed as a foreign NGO “supportive of human rights” on the Polish Ministry of Justice’s website. Another strategy it uses to grow its reputation as a legitimate player in European Affairs is to insert itself into legal battles, mostly by filing amicus curiae briefs both at the national and supranational level.

“ADFI is a poisonous American export,” said Wendy Via, co-founder of Global Project Against Hate and Extremism. “Powered and funded in large part from the U.S., it employs strategies that have worked to roll back human rights in the U.S. to do the same in Eastern European countries. It’s willing to play the long game, and its end game — to end reproductive freedom and LGBTQ+ equality — will cause greater harm if it is not stopped.”

Michael Farris, the current CEO of ADF was also instrumental in crafting an effort to overturn the American 2020 presidential election.

The report shows how ADFI counts on support from powerful conservatives in the U.S. while also making connections with hardline groups in Europe including Agenda Europe, Poland’s Ordo Iuris Institute for Legal Culture, and the Political Network for Values (PNfV).

Agenda Europe, a group pushing anti-abortion and anti-LGBTQ+ policies throughout Europe, is known for its leaked manifesto, “Restoring the Natural Order,” which contains arguments similar to the white supremacist “Great Replacement” conspiracy theory claiming white Europeans are being “replaced” intentionally by non-white mass immigration and those with increasingly secular, progressive values. This same idea has served as the motivation for terrorist attacks perpetrated by white supremacists against immigrants, Muslims, and Jews. Ordo Iuris has rapidly developed into a critical node in Eastern Europe for far-right conservatism and has close ties to the far-right PiS party in Poland, where it has become an incredibly powerful player in Polish politics. PNfV has been influential in pushing repressive policies in Hungary as well as other countries.

“We examined AFDI’s networking efforts, connections, and legal strategies, and it’s clear that the group is doing its best to advance its anti-women, anti-LGBTQ+, anti-abortion agenda — an agenda that is strikingly similar to the policies ADF pushes in the U.S,” said Heidi Beirich, co-founder of Global Project Against Hate and Extremism. “The bottom line is, despite the religious rhetoric, these alliances and activities are causing real harm to real people.”

Rafal Pankowski, Polish political scientist and co-founder of the Polish ‘NEVER AGAIN’ Association was interviewed for the report.

“There is nothing inherently wrong with having conservative values, but it becomes a serious problem if a group uses the conservative veneer to destroy democratic culture, act against human rights, and push an extremist far-right agenda,” Pankowski said.

ADFI is currently litigating several cases across the globe including Finland, Germany, Russia, India, Pakistan, Ireland, Slovenia, Belgium, the U.K., Chile, Colombia, and Turkey. The report highlights a number of cases in which ADFI has litigated or intervened.

“Just look at what ADFI and its allied groups are advocating,” said Beirich. “It’s clear as day that they are pushing hate, discrimination, and fundamentalism, not the advancement of human rights.”

In its report, GPAHE recommends that international bodies review ADFI’s status taking into account its true agenda to roll back civil and human rights.

“ADFI’s agenda is a threat to human rights and inclusive societies. It is not a group that should carry trusted status at the UN, the EU, or any other body devoted to fostering democracies and protecting all members of society,” said Via.