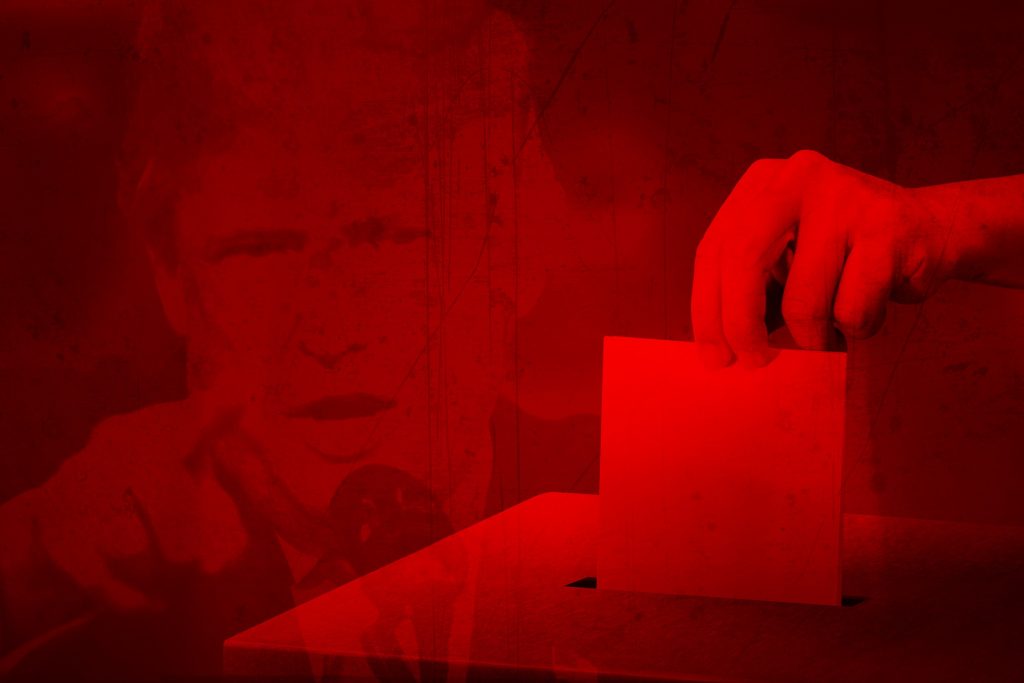 National election denier organizations with ties to extremists are poisoning our politics and attacking our democracy The Global Project Against Hate and Extremism today released a list of eight national election denial organizations that are spreading disinformation and deliberately attacking our democratic institutions. Some of the groups are longstanding actors in far-right extremist movements and others have ties to far-right extremists or work hand-in-hand with them. All spread Trump’s “Big Lie,” lying that the 2020 election was stolen, thereby undermining faith in our democracy. Many advocate activities that can inspire voter intimidation and are working with or are closely associated with key Republican officials, including Donald Trump.

“We now have a dangerous mix of far-right extremist groups like the Proud Boys and Constitutional Sheriffs increasingly working hand-in-hand with Trump allies and GOP activists pushing election denial,” said Heidi Beirich, co-founder of the Global Project Against Hate and Extremism. “These anti-democracy groups are spreading lies about the integrity of our electoral system, and they are inspiring far-right groups on the ground to harass and intimidate voters, all of which can contribute to voter suppression. We’ve already seen heavily armed men intimidating voters at dropboxes. We will see more.”

For instance, just this week, armed vigilantes were caught on tape monitoring a ballot box in Arizona.

The top national election denying groups GPAHE has identified are:

“These anti-democracy groups and others on the far-right are working to position themselves in a win-win situation during the midterms,” said Wendy Via, co-founder of the Global Alliance Against Hate and extremism. “If they harass, intimidate, and supress enough voters, their candidates will win, who will push for anti-LGBTQ, anti-abortion, and anti-democracy laws. And, if their candidates don’t win, they have already set up a movement that denies the integrity of our elections, which could lead to demands for recounts as well as lawlessness and violence in the days following the election.”

This movement includes Trump himself, who continues to spread lies about the election and Jan. 6th, and others including former Trump advisor Steve Bannon, who has been advocating a “precinct strategy,” resulting in far-right activists inundating local precincts with voter challenges, signing up in large numbers to be poll workers and engaging in harassment of election management officials and volunteers, up to and including death threats. These voter-intimidation efforts are in addition to 34 laws in at least 19 states passed in 2021 restricting access to voting.

The situation is so serious the FBI issued a warning in October about the threats to voters and election workers in the upcoming midterms. A Global Project Against Hate and Extremism (GPAHE) survey this past August found that Americans’ fears are suppressing participation in the democratic process. Most troubling, GPAHE’s survey found Black, Hispanic and young people fear violence at the polls, and that Black voters are more likely to leave without voting if intimidated at the polls, effectively suppressing the vote of a historically marginalized community.

“The 2022 midterms are shaping up to be the most dangerous and volatile of any in recent memory,” said Via. “People need to be aware so they can identify the safest way to cast their ballot. Tech companies must do their part and stop all disinformation undermining trust in democracy, and the media and politicians need to be responsible in uplifting the truth. Unless we take major steps now, the anti-democracy, election-denialism movement will only get worse in 2024.”