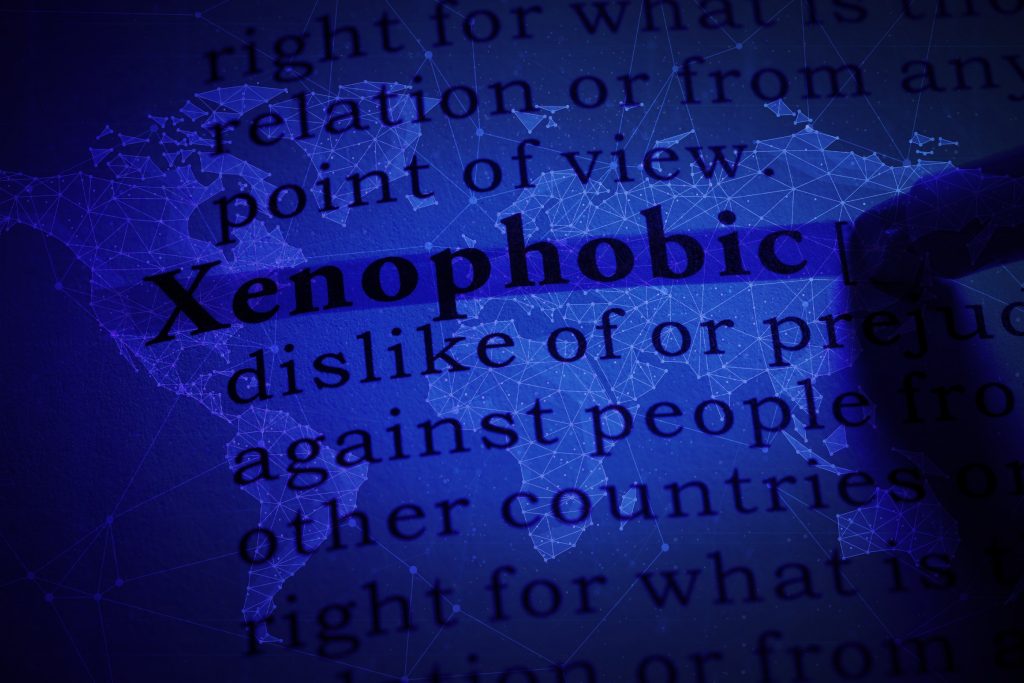 Global Project Against Hate and Extremism co-founder Wendy Via participated this week in “Xenophobia and Extremism: Global Challenges and Regional Trends,” sponsored by the Center for Extremism and Radicalism Studies at the Moscow Institute of Economics.

Bringing researchers and experts together from around the world, the conference focused on the multi-faceted threats of extremism and how countries and world regions can come together to respond to those threats.

As part of the plenary session titled Extremism. Regional Specifics: North and South America, Wendy discussed the role of tech companies in the spread of hate and extremism.

Here in the U.S., just to name a few examples, we witnessed tech’s role rallying people — and allowing for extensive planning — before the Jan. 6th insurrection; calling for armed vigilantes before the murder of two people in Kenosha, Wisconsin; and organizing and radicalizing people leading up to the deadly white-supremacist Unite the Right rally in Charlottesville.

These gut wrenching examples are just the tip of the iceberg. The inability of big tech to take responsibility — and put safety above profit — has harmed people and undermined democracies around the world.

GPAHE is no stranger to the responsibilities that tech companies must take when it comes to stopping the spread of hate and extremism. We’ve written numerous reports showing the real-life harms of on-line disinformation and hate, especially when authoritarian-leaning powerful political figures and parties manipulate tech platforms to build their base, as we saw with Donald Trump, Brazilian President Jair Bolsonaro, Hungarian Prime Minister Viktor Orbán, the rise of AfD — the most far-right political party in Germany, among others.

While the largest of these tech companies are U.S.-based, their failure to follow their own rules and keep their users safe has harmed people around the globe. In our Transnational Agenda to Combat Rising White Supremacist Violence and Terrorism we lay out some solutions to curb tech companies role in proliferating white supremacy.