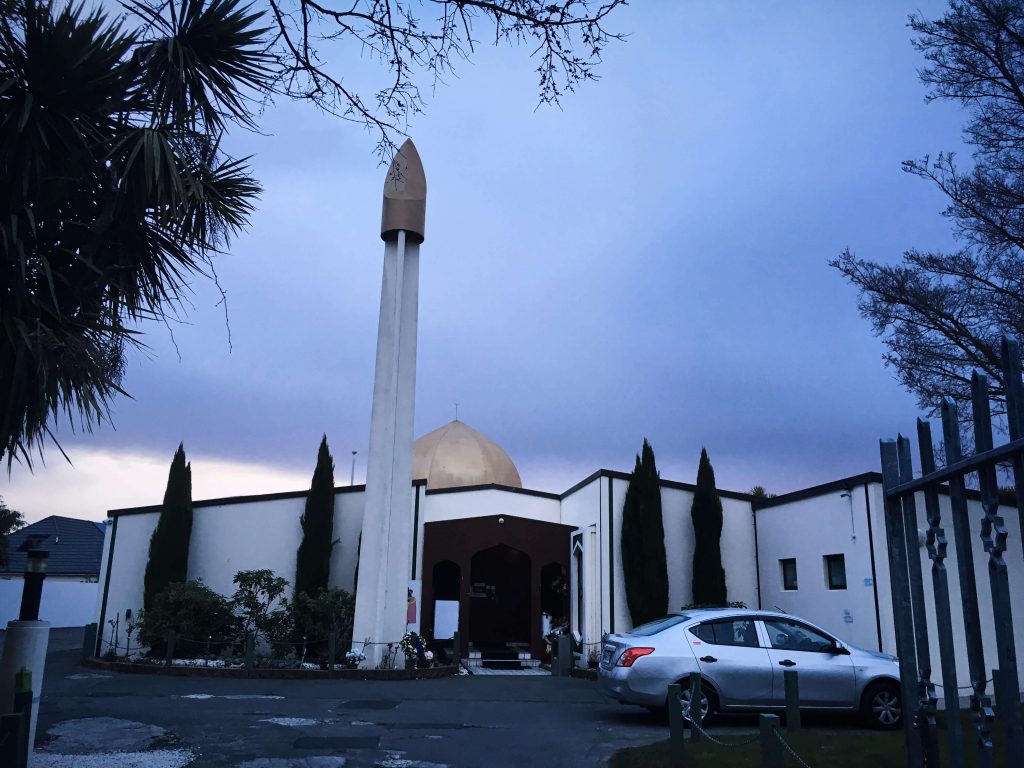 The Global Project Against Hate and Extremism is pleased to announce its membership in the Christchurch Call Advisory Network. The Christchurch Call was created by French President Emmanuel Macron and New Zealand Prime Minister Jacinda Ardern after 51 Muslim people in Christchurch, New Zealand were murdered in a horrific terrorist attack on March 15, 2019. The attack was live-streamed on Facebook and a Royal Commission later determined that the shooter was also radicalized online, primarily on YouTube.

The Call is comprised of dozens of world governments and internet-based companies who have committed to addressing the issue of terrorist and violent extremist content online and to preventing the abuse of the internet as occurred in and after the Christchurch attacks. The US government joined the Christchurch Call in May 2021 after encouragement from governments, GPAHE and other civil society organizations.

GPAHE co-founder Wendy Via joined heads of state for the Christchurch Call summit.

The Christchurch Advisory Network provides advice and consultation to policy efforts undertaken by the Christchurch Call and is drawn from the global civil society, representing a range of social justice perspectives and committed to preserving human rights online.

As a member of the Advisory Network, GPAHE had the honor of participating in the Christchurch Call’s second anniversary summit last month where so many heads of state demanded that tech companies be transparent about and take responsibility for their algorithms that promote violent extremism. The event included world leaders such as U.S. Secretary of State Anthony Blinken, Canadian Prime Minister Justin Trudeau, Costa Rican President Carlos Alvarado Quesada as well as Christchurch Call co-founders Prime Minister Jacinda Ardern and President Emmanual Macron.

This summit was just one step, but an important one, in eliminating online terrorist and violent extremist content. In today’s world, as exemplified by the terrorist attack in Christchurch, there is often little separation between the online and offline harms and violence. The live-streamed attack was harmful beyond the terror in Christchurch, as it perpetuated racist conspiracy theories and copycat terrorists around the world. Online terrorism is a global problem, and the Christchurch Call is a step forward in bringing stakeholders from around the world to be part of a coordinated solution.

With GPAHE’s expertise on the threat of global far-right hate and terrorism and its focus on the transnational nature of extremism, we are glad to have a seat at this table and look forward to collaborating with all members for the Call.

Following the horrific terrorist attacks in Christchurch, New Zealand, the New Zealand government, in partnership with France, launched a new multi stakeholder initiative, the Christchurch Call. The goal of the Call is to address the dissemination of content related to terrorism and violent extremism while upholding human rights and an interoperable, global and open Internet.

A number of civil society groups from around the world came together to draft a response to the Call, pointing out areas of concern for human rights and a free, open, and secure Internet. The Christchurch Call Advisory Network formed in the summer of 2019, following informal engagement by some groups with the founding governments of France and New Zealand. The Call seeks to address a challenging issue, and so many of those concerns are still relevant today.

Over the past couple of years, the Christchurch Call Advisory Network has made significant progress in self-organizing and developing clear Terms of Reference to establish criteria for its membership. In a truly bottom-up fashion, the network has grown and evolved. The active members of the Network include individuals and groups with expertise in freedom of expression, journalism, content moderation, Internet freedom, technical aspects of the Internet, misinformation, extremism, and more. Some members of our Network have experienced first-hand the impacts of extremism online and offline, and have experienced and documented the impacts of poorly-designed policies intended to eradicate “terrorist and violent extremist content.” Others have a long history in understanding how regulation and policies can create unintended consequences to the architecture of the Internet and undermine the ability of networks to interoperate, as well as of individuals to realize their human rights.

As a Network, we’ve provided advice and consultation to policy efforts undertaken by the Christchurch Call and related initiatives wherever possible. We’ve also organized learning sessions to share our expertise with each other. However, there is always room for improvement. As we reflect on our work over the past two years and look forward to how we want to continue to engage, we want to see governments and tech companies collaborate more effectively with the Network to address critical issues that relate to the Call and are often reflected in national and/or regional legislation.

We remain optimistic that the goal of the Call—specifically to bring together civil society, government, the technical community and companies in a multistakeholder initiative to address the challenges raised by terrorist content online—is a worthy one. At the same time, in seeking to address current challenges, it is vital that practical steps are put in place for more active and robust engagement and consultation. The Call should function as a means to build real and trustworthy relationships between different actors, including through better information-sharing, working methods and opportunities for timely advice on matters related to the Call.

As the two year anniversary of the Christchurch Call reminds us, the need to address terrorist and violent extremist content online is greater than ever. Unfortunately, so too are the threats to human rights and a free, open, and secure Internet. With renewed energy, we are looking forward to providing a strong civil society voice in this much-needed work.