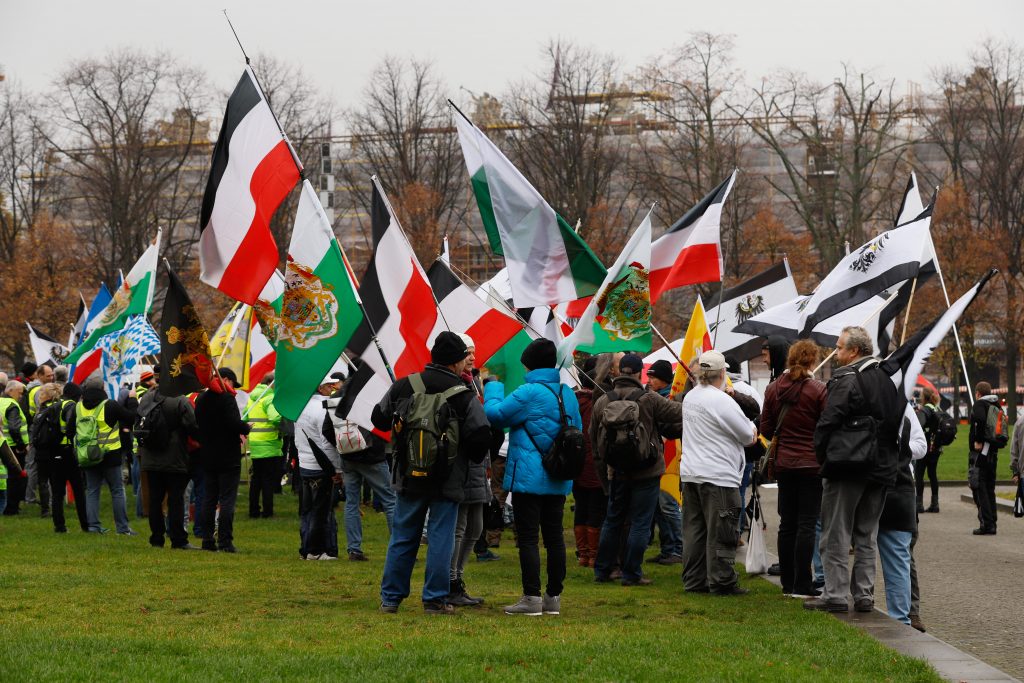 After the Jan. 6 attack on the U.S. Capitol by Americans intent on subverting democracy we warned that the growing far-right extremist movements behind the attempted coup are not just an American problem.

Yesterday in Germany, the police uncovered a plot by members and supporters of a far-right terrorist organization to overthrow the German government. The extremist Reichsbürger movement is known for its violence and racist and antisemitic conspiracy theories and rests on the basis that this post-war Germany is not, in fact, a sovereign state and its laws are not binding. The plot members planned to install a government modeled on the German Reich of 1871.

Similar to the perpetrators of the attack on the U.S. Capitol, the 25 people arrested in the German plot were a diverse group including active politicians, veterans, and ‘nobility’ adherents of the Qanon conspiracy theory. Like in the United States, anti-democracy, far-right extremist movements are no longer in the deep fringes of discourse but instead have seeped into every corner of society.

The impact of COVID lock-down mandates and in the aftermath of Jan. 6th — we’ve seen the barriers that once existed between divergent forms of far-right extremism dissolve – shifting entirely the window of what’s acceptable in thriving democracies. This new climate of distrust and fear has been used as a recruitment tool for the far-right movement and haters, which, as demonstrated in this latest attack against democracy in Germany, is becoming increasingly emboldened.

This copycat plot is just the latest reminder that far-right extremist movements motivate each other across the globe. The individuals plotting this coup were inspired by the QAnon conspiracy theory, a uniquely American creation that has exploded across the globe in recent years, including most European countries.

It was the United States in 2021. This week it was Germany. But it won’t end there. Across the globe, democracies are under threat to a degree we’ve not witnessed in decades. France, Italy, the Philippines, Austria, and Sweden all face rising far-right populism and extremism and in places where the democracies are fragile, like some of the Balkan nations and Brazil, the instability grows.

The Jan. 6th attack gave the actors in Germany a perfect blueprint from which to plan their own attack on the German government. And, we’d be naive if we think that blueprint isn’t making the rounds to other countries where far-right extremists are using it to undermine their own democracies.

At GPAHE, we use a multi-faceted approach to educating the world about this threat and working toward solutions to bringing an end to the spread of hateful and  anti-democracy movements. If you aren’t already following our work, sign up for our newsletter here.

Photo: Members of the Reich Citizens’ Movement in the city of Berlin in 2019. The imperial citizen movement denies the existence of the Federal Republic of Germany as a legitimate and sovereign state.