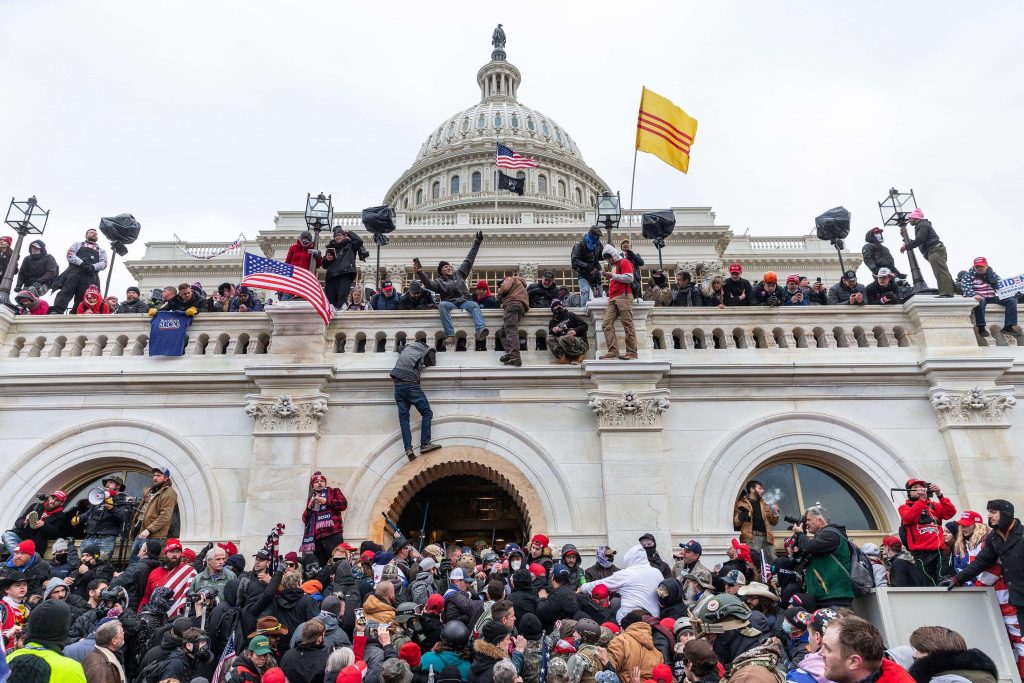 There’s no question that Trump’s online hateful rhetoric, disinformation campaigns and calls to incite violence — allowed by Facebook’s loopholes for the politically powerful and lifted up for years by the company’s algorithms — have devastated public safety, threatened our democracy, and caused harm to individuals in the United States and beyond. We are glad that Facebook kept in place its ban on Donald Trump’s posting privileges for the next two years. It’s the very least they could do, especially since the Facebook Oversight Board sent the decision back to Facebook writing, “in applying a vague, standardless penalty and then referring this case to the Board to resolve, Facebook seeks to avoid its responsibilities.

But the decision to carry Trump’s suspension for two more years and the recommendations released by the Oversight Board regarding the suspension leaves many critical questions unanswered. From our research, we know that other far-right extremist and authoritarian politicians have used Facebook to spread hate speech and misinformation and build their base of support, harming people and damaging democracies around the globe. How will Facebook’s recent response to its Oversight Board’s demand for new policies impact this problem, a problem that is far greater than just Donald Trump?

The Oversight Board agreed with GPAHE’s position outlined in our report, Democracies Under Threat, making clear “the same rules should apply to all users” and that “influential users” are more likely to pose a “high probability of imminent harm.” It also made clear that Facebook’s policies are opaque and confusing on these critical points — also just as we described in our report. Unfortunately, the Board, a hand-picked team, compensated by Facebook, sent this global problem, one that impacts the very fabric of democratic society, back to the people who created it and have allowed it to fester for years.

In June, Facebook responded to the board’s criticisms. Sadly that response continues to allow the politically powerful far too much leeway.

While Facebook says it will now treat the politically powerful the same as any other user, the newsworthiness exception for material that violates the company’s community standards remains, and will be applied based on a vague test of whether the content’s “risk of harm outweighs the public interest.” At least, now, such content will be escalated more quickly, sent to a dedicated team and labelled, but of course the effectiveness will depend on Facebook’s willingness to provide the necessary resources. Their promises up to this point have often been empty.

Content and ads by political figures, which in Trump’s case demonized immigrants and spread mass amounts of disinformation, will continue to be free from fact-checking. Facebook promises to utilize regional and linguistic expertise with adequate resourcing to address the material of the politically powerful. Unfortunately, research shows that Facebook’s moderation abilities in non-English languages are very poor and the corporate will to adequately protect its global users is severely lacking.

Moving forward, the devil will be in the details. We’ve seen Facebook fail to follow many of its own policies and community standards time and time again. How will this time be different? And how will these new policies apply to the many other powerful abusers of the platform — the Bolsonaros, Dutertes, Baudets, Orbans and Modis — who are still freely posting on Facebook and whose political programs and online activity have harmed millions? After all, it took a literal insurrection significantly orchestrated on Facebook to get Trump suspended. Facebook cannot continue to allow its platform to be used in the U.S. or in other countries and languages to foment hate, organize violent events or allow leaders to oppress their citizens.

Together with other advocates and our allies, we will continue to monitor and expose how Facebook does or doesn’t implement its new policies. We look forward to the day when Facebook announces a policy that isn’t too little, too late. After all, it has a responsibility to its billions of users and to the global citizenry.