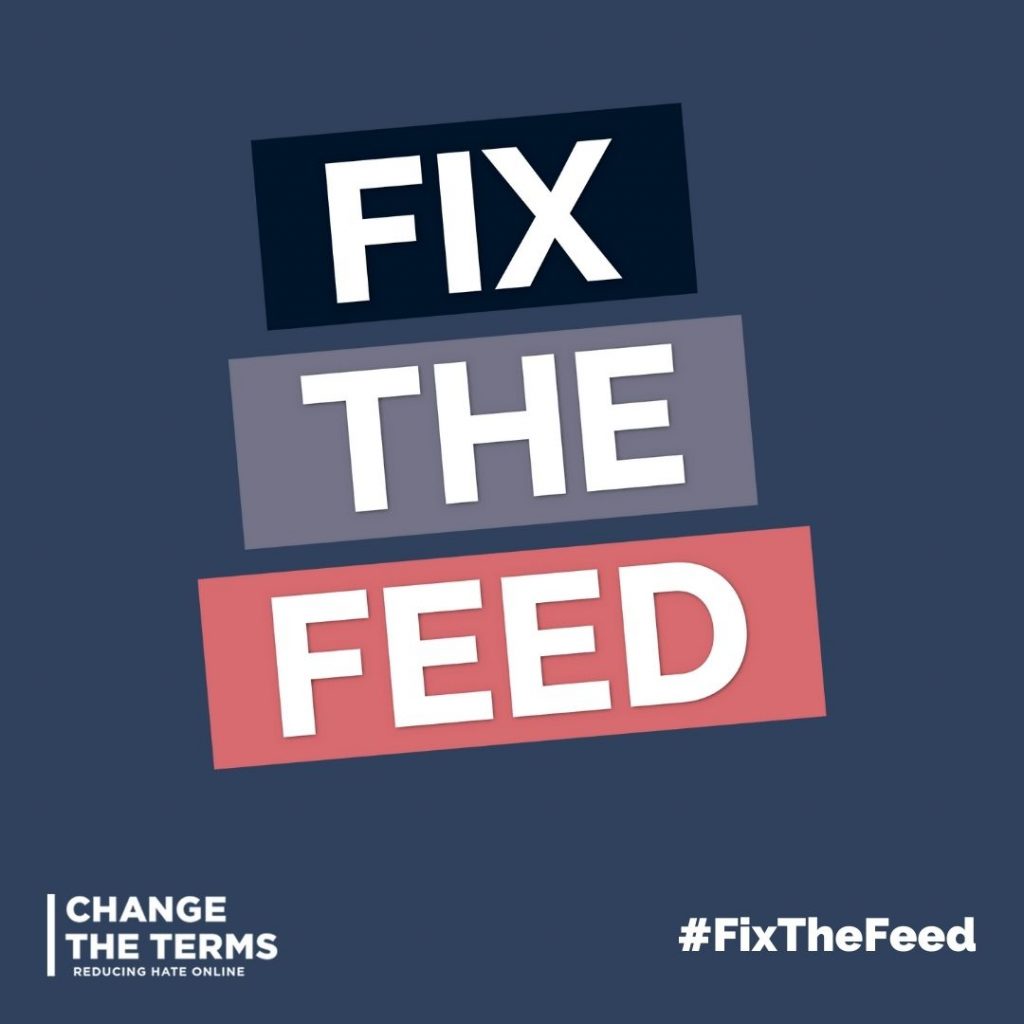 On Wednesday, Change the Terms, a coalition of 60 civil-rights, human-rights, technology-policy and consumer-protection groups, announced its new “Fix the Feed” campaign. The coalition is launching the initiative as a newly revealed trove of documents — exposed by whistleblower Frances Haugen and published for the first time earlier this week by Gizmodo — shows how Meta executives failed to prepare their networks to manage the flood of election-related content that incites violence, disenfranchises communities of color and spreads voter disinformation.

Over the next month, Change the Terms plans to convene high-level meetings with executives at the largest social-media companies. Change the Terms is calling on Meta, TikTok, Twitter and YouTube to adopt the coalition’s core recommendations to curb the amplification of hateful, violent, misleading and false content across their platforms in all languages and throughout the 2022 election cycle.

As outlined in the “Fix the Feed” public petition, Change the Terms is demanding that social-media platforms adopt the safety protocols in the following three areas to minimize the worst content before primary elections ramp up in June:

Fix the Algorithm: Stop promoting the most incendiary, hateful content
Protect People Equally: Staff up to protect democracy for all, across all languages
Show Us the Receipts: Disclose your business models and moderation practices

“For far too long, social-media companies have attempted to hide the ways their hate-and-lie-for-profit business model operates and grows at the expense of public safety,” said Free Press Co-CEO Jessica J. González. “Change the Terms is standing up for our communities by pressuring executives at major platforms to take responsibility and make needed changes in all languages before the 2022 election. It’s unacceptable that Big Tech companies continue to drive people to despicable content even in the wake of so much tragedy.”

“These serious problems have been festering and growing at the tech companies for far too long,” said Heidi Beirich, co-founder of the Global Project Against Hate and Extremism. “Public safety worldwide is threatened by inadequate policies and a lack of enforcement, particularly in languages other than English. For democracies to thrive, tech companies must prioritize election protections. And if communities are to be safe wherever a tech company operates, companies must adopt the Change the Terms coalition’s safety protocols. This is a matter of life and death for people around the world.”

“By prioritizing profits over the public good, social-media platforms have been complicit in the spread of disinformation and other harmful content that has suppressed votes and sparked real-world violence,” said Yosef Getachew, director of the Media and Democracy Program at Common Cause. “Their actions have allowed high-profile disinformation spreaders and other bad actors to continue using social media to spread content designed to undermine trust in our elections. With midterm elections fast approaching, platforms must adopt these safety protocols, including the robust and consistent enforcement of their civic-integrity policies 365 days a year.”

“For years, Change the Terms has warned of the dangers of hateful, violent and malicious content on social-media platforms,” said Adam Conner, vice president for Technology Policy at the Center for American Progress. “Unfortunately, these problems have only grown worse over the last few years. Ahead of the 2022 elections, it is critical that companies heed the warnings from those of us raising the alarms and adopt safety protocols. There’s still time to prepare and better protect all Americans, but action is needed now.”

The Change the Terms coalition is calling on Big Tech to institute and enforce service-agreement prohibitions on hateful activities to protect public safety and respect diverse voices. The coalition includes 60 civil-rights, human-rights, technology-policy and consumer-protection organizations dedicated to encouraging social-media sites, payment processors and chat services to commit to fair, effective and transparent rules and practices for content moderation.

A full list of members and the coalition’s core recommendations can be found at https://www.changetheterms.org/.