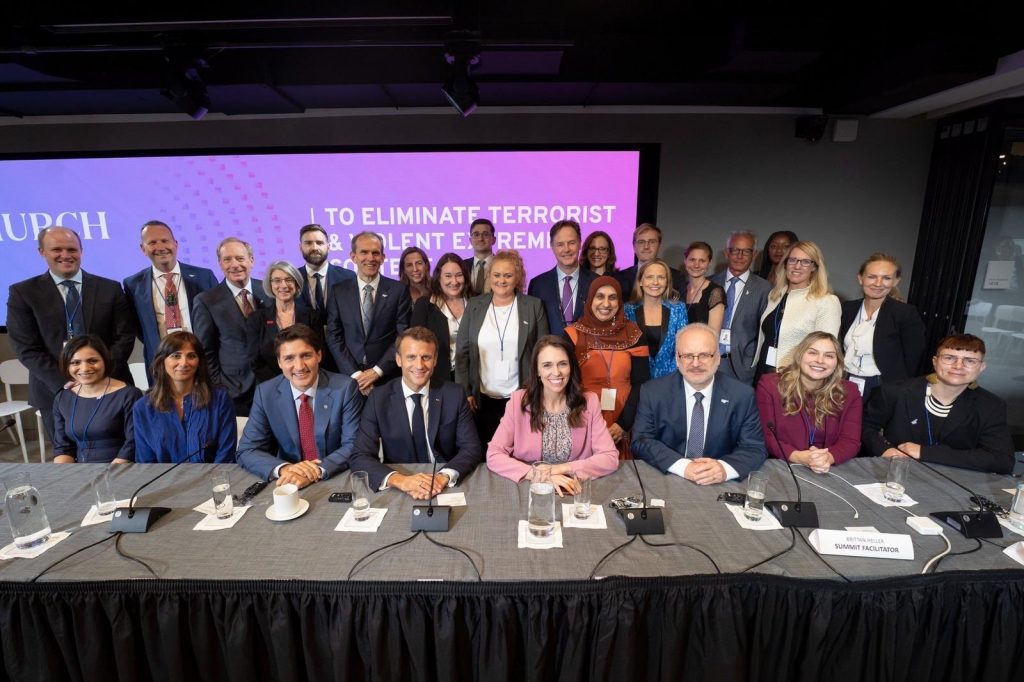 As part of the Christchurch Call Advisory Network and as a member of the Core Committee, GPAHE participated in its annual world leaders summit held at the United Nations complex in New York September 20. GPAHE co-founder Wendy Via attended the meeting and had the opportunity to talk with heads of states — including New Zealand Prime Minister Jacinda Ardern, French President Emmanuel Macron, King Abdullah II of Jordan, and Canadian Prime Minister Justin Trudeau — other civil society advocates, and leaders from the tech industry.

The discussion was frank and open with the world leaders and civil society calling on the tech companies to make more progress toward eliminating violent, terrorism-inspiring content, especially in light of yet another mass murder, this one targeting Black people in Buffalo, inspired by replacement conspiracies and other online content, and recognizing the role they play in our physical safety and the protection of democracies.

The protection of democracies was also a topic of discussion with world leaders and civil society specifically citing the proliferation of disinformation and threats to democracy from the politically powerful and tech companies’ willful dereliction in addressing threats in non-English languages. Privacy and the lack of access to the algorithm data that influences the behavior of users, good or bad, was also highlighted. Prime Minister Jardern announced a new initiative led by New Zealand, the United States, and Twitter to make data available for study. While this step is appreciated, much more access and understanding of how the algorithms work for all tech companies is crucial.

The Christchurch Advisory Network provides advice and consultation to policy efforts undertaken by the Christchurch Call and is drawn from the global civil society, representing a range of social justice perspectives and committed to preserving human rights online. With GPAHE’s expertise on the threat of global far-right hate and terrorism and its focus on the transnational nature of extremism, particularly made possible by online platforms, we are glad to have a seat at this table.

The Christchurch Call was created by French President Emmanuel Macron and New Zealand Prime Minister Jacinda Ardern after 51 Muslim people in Christchurch, New Zealand were murdered in a horrific terrorist attack on March 15, 2019 inspired by the racist and antisemitic “Great Replacement” conspiracy theory. The attack was live-streamed on Facebook and a Royal Commission later determined that the shooter was also radicalized online, primarily on YouTube. The Christchurch Call initiative has been crucial in getting the tech companies to take concrete steps toward tackling the violence and terrorism that thrives online and crosses country borders, affecting all.

The Call is comprised of dozens of world governments and internet-based companies who have committed to addressing the issue of terrorist and violent extremist content online and to preventing the abuse of the internet as occurred in and after the Christchurch attacks. The US government joined the Christchurch Call in May 2021 after encouragement from governments, GPAHE and other civil society organizations.